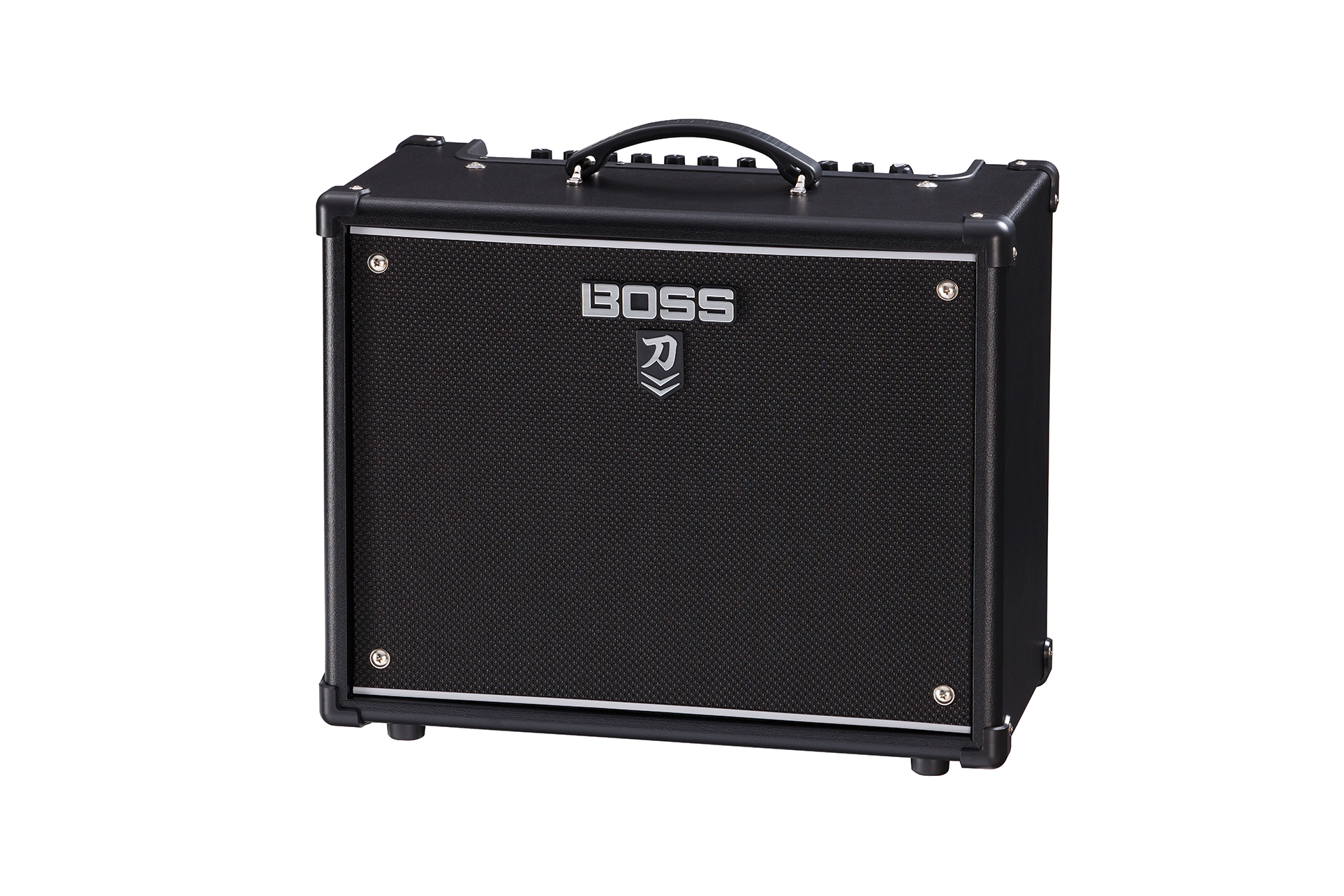 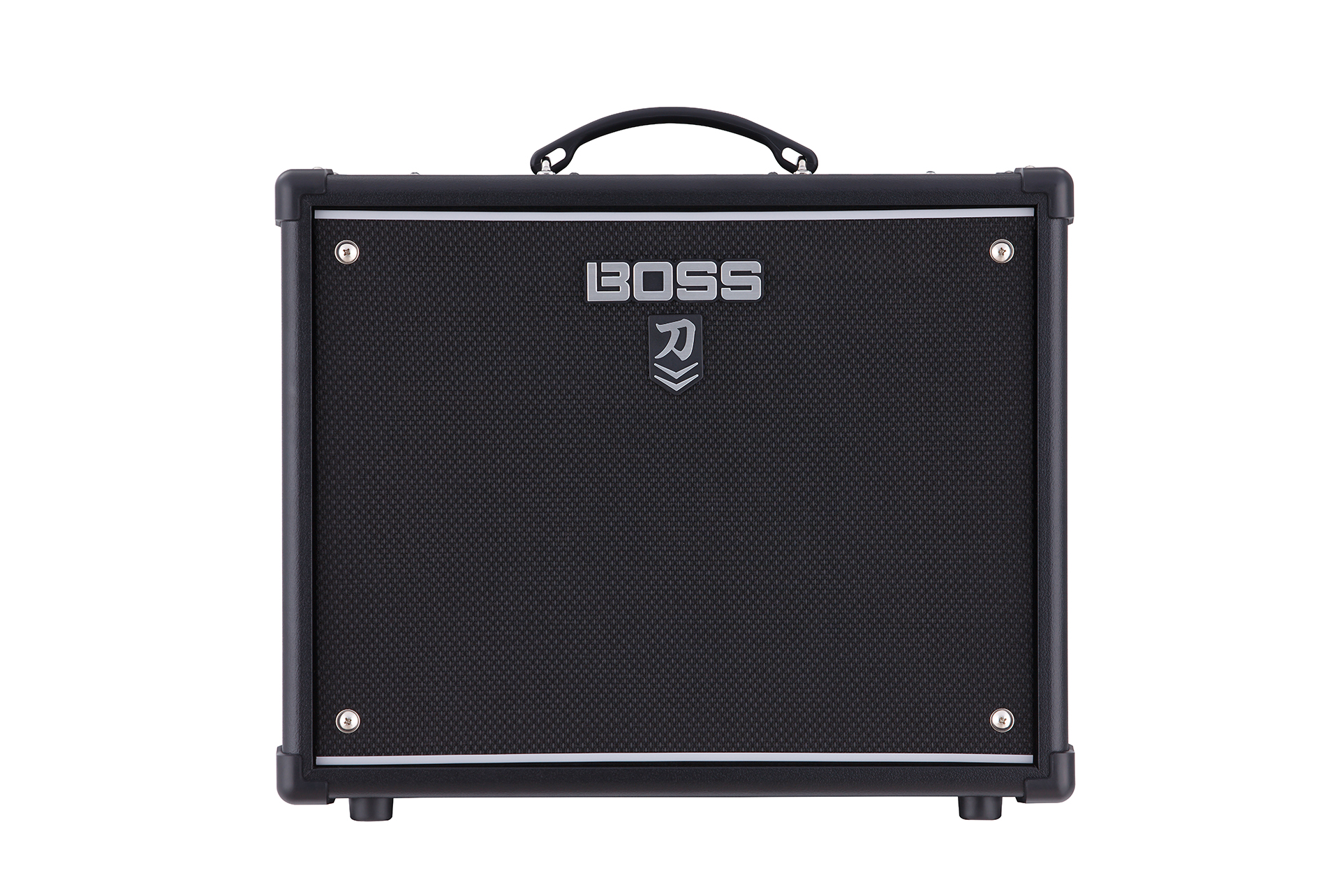 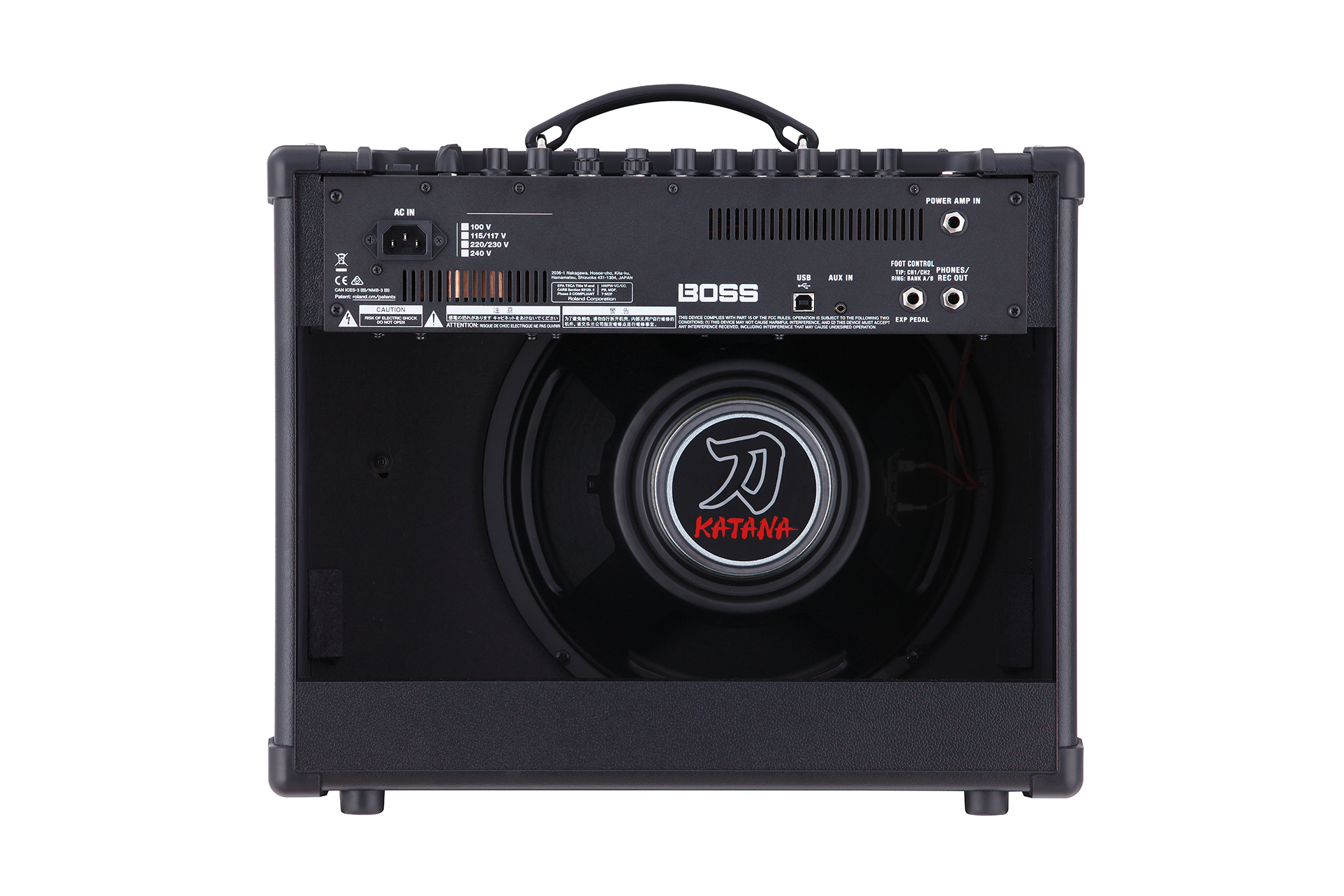 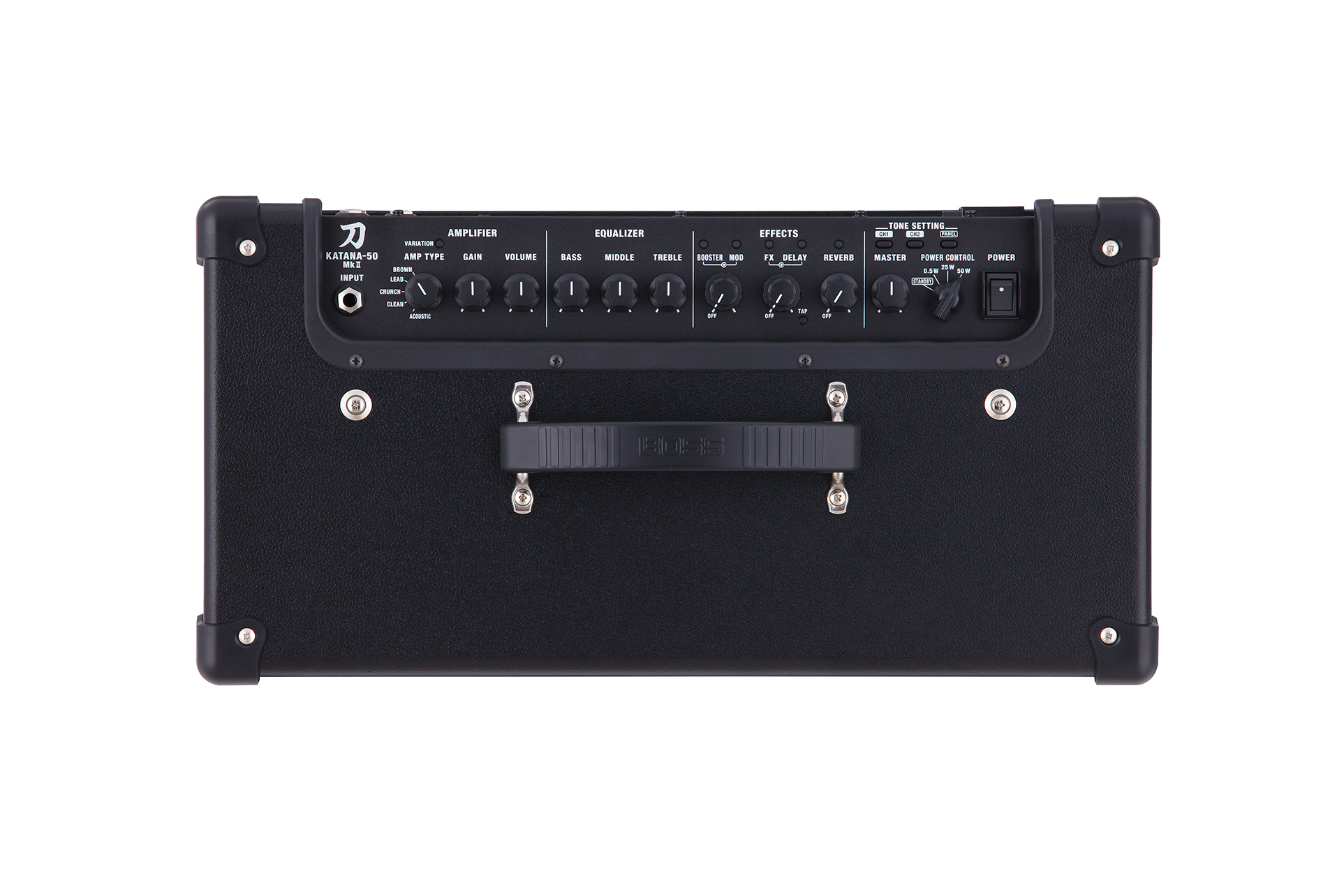 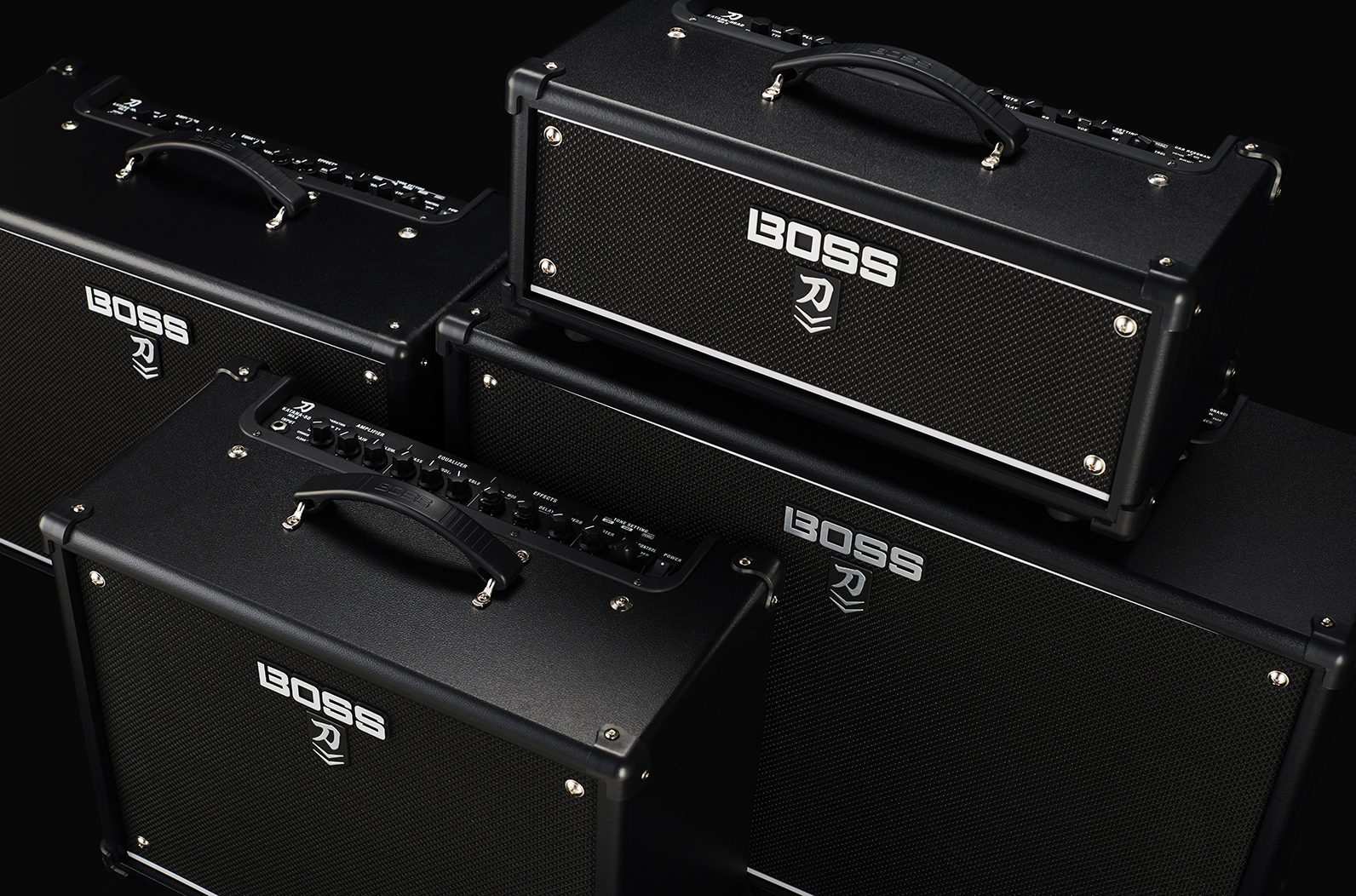 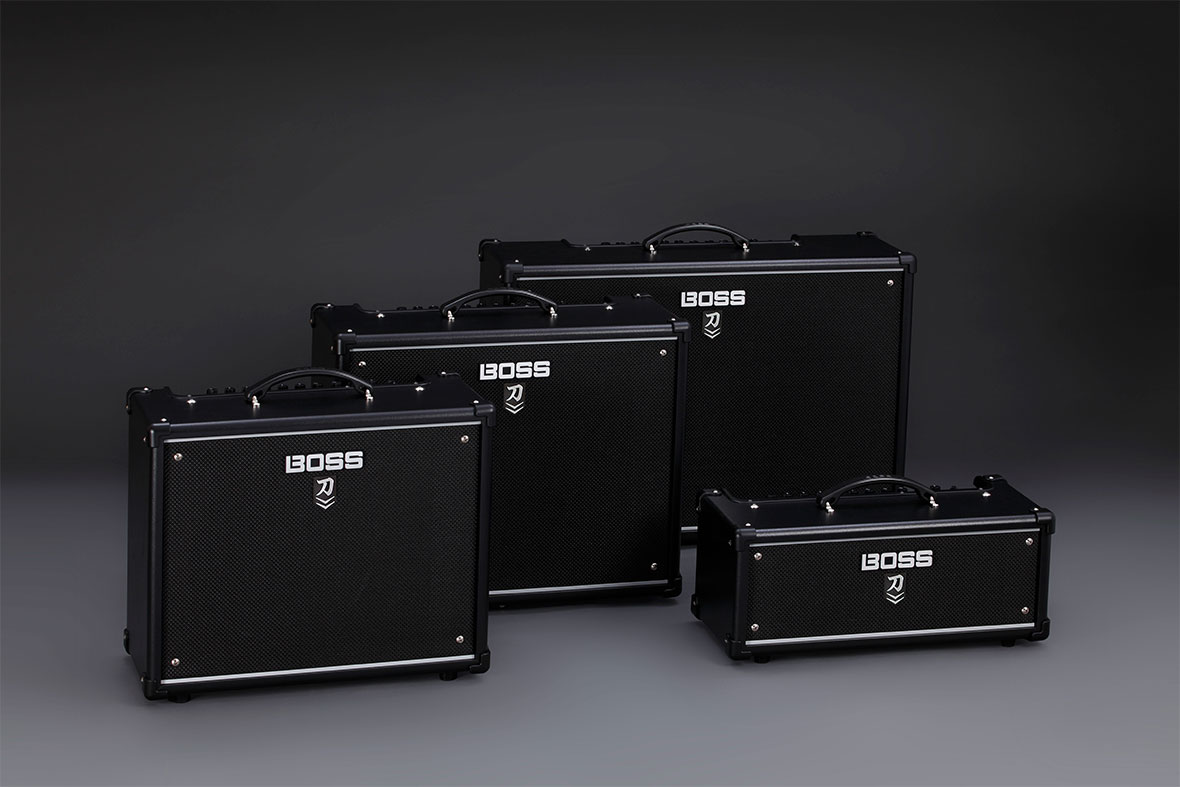 *All sales are final on new products

Katana MkII takes the acclaimed Katana guitar amp series to the next level, turbocharging the core platform with more sounds, more effects, and more features. Newly voiced variations are now available for all five amp characters, doubling the tonal options. And the onboard effects categories have been expanded from three to five, providing even more real-time processing to choose from. The usability has been ramped up too, with a power amp input for modelers and multi-FX, updated editor software, and many other enhancements.

The stage-class Katana MkII lineup picks up where the first generation left off, building on the same core tones and features that have made the series such a worldwide smash. If you loved the original Katana amps, you'll love Katana MkII even more. And if you're new to the party, get ready for sound, feel, and versatility that soars far beyond its price class.

Katana MkII's five primary amp characters offer everything from organic vintage tones to modern high-gain sounds, plus a dedicated voice optimized for acoustic-electric guitar. The characters have now been extended with newly voiced variations, providing a wider palette of tone options to craft your personal sound.

Five Effects At Once

Katana MkII now includes five simultaneous effects categories, putting the tone-shaping power of a massive pedalboard right inside your amp. Independent Booster, Mod, FX, Delay, and Reverb sections come loaded from the factory with three variations in each, providing 15 ready-to-play effects to choose from. Connecting to BOSS Tone Studio lets you dive much deeper if you want—customize the sections with over 60 different effect types, change the order with four different chains, and much more.

Full-Throttle Sound Every Time You Plug In

Backed by BOSS's Tube Logic approach, Katana MkII delivers the authentic output distortion characteristics of genuine tube amplifiers, with the sound and feel becoming richer and more responsive as you turn up the volume. But unlike that classic tube amp, Katana MkII's variable Power Control makes it easy to fly in the sweet spot without getting fired from the gig or kicked out of the house. Just throttle back the overall volume as needed to enjoy inspiring, cranked-amp sound anywhere you play, from bedroom to stage.

The Katana-50 MkII rocks as a standalone amp, but it also excels as a powered cabinet for a favorite preamp, modeler, or multi-effects unit. Connecting to the rear-panel Power Amp In jack bypasses Katana MkII's preamp and effects, letting you tap straight into the Tube Logic power section, complete with grab-and-go Power Control. And with BOSS Tone Studio, the input can be easily optimized for your particular gear with a high-pass filter and adjustable gain.

One of the Katana-50 MkII's most powerful features is the ability to store favorite amp character and effects setups in Tone Setting memories for instant recall. After you've dialed in a sound with the panel controls, simply save it to the desired memory with a quick button hold. Four Tone Settings (two banks of two) are available, with fast selection right from the panel. It's also possible to connect external footswitches for hands-free control on the gig.

The Katana-50 MkII features USB and phones/recording outputs with mic'd cabinet emulation, letting you send mix-ready amp tones to a computer DAW or headphones. The direct sound can be shaped with three different Air Feel settings, which are accessible from BOSS Tone Studio. Two-channel USB operation is supported, allowing you to track in true stereo with many of Katana's modulation, EQ, delay, and reverb effects.

BOSS Tone Studio has also evolved alongside the Katana MkII amplifiers. The interface has been updated with a refreshed look, and a number of parameters have been consolidated into the main screen for faster workflow. There's also a dedicated Pedal FX category, making it easier to assign wah and pedal bend effects to a connected expression pedal. And if you're a first-gen Katana owner, it's possible to import your custom patches and use them all with Katana MkII.