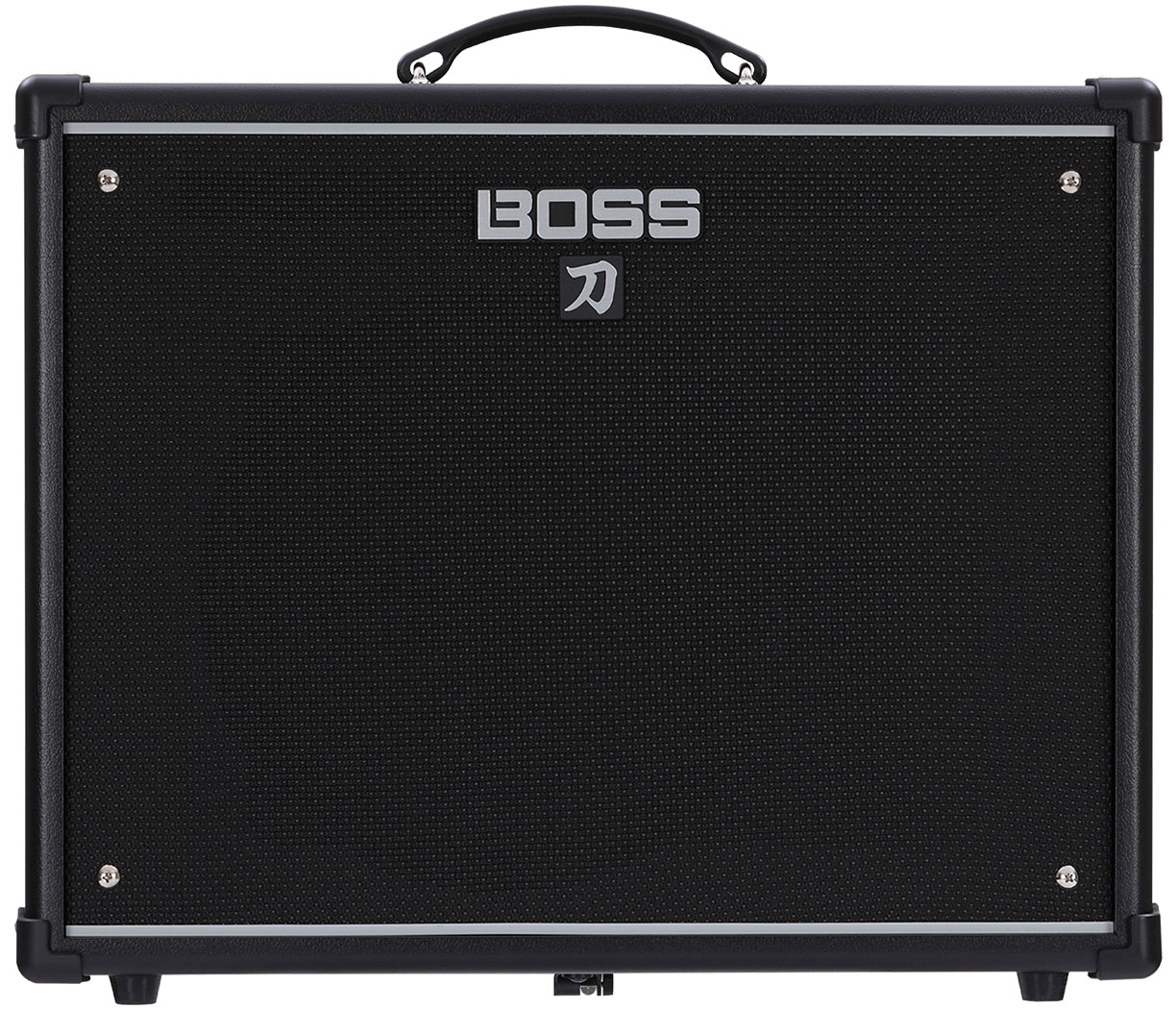 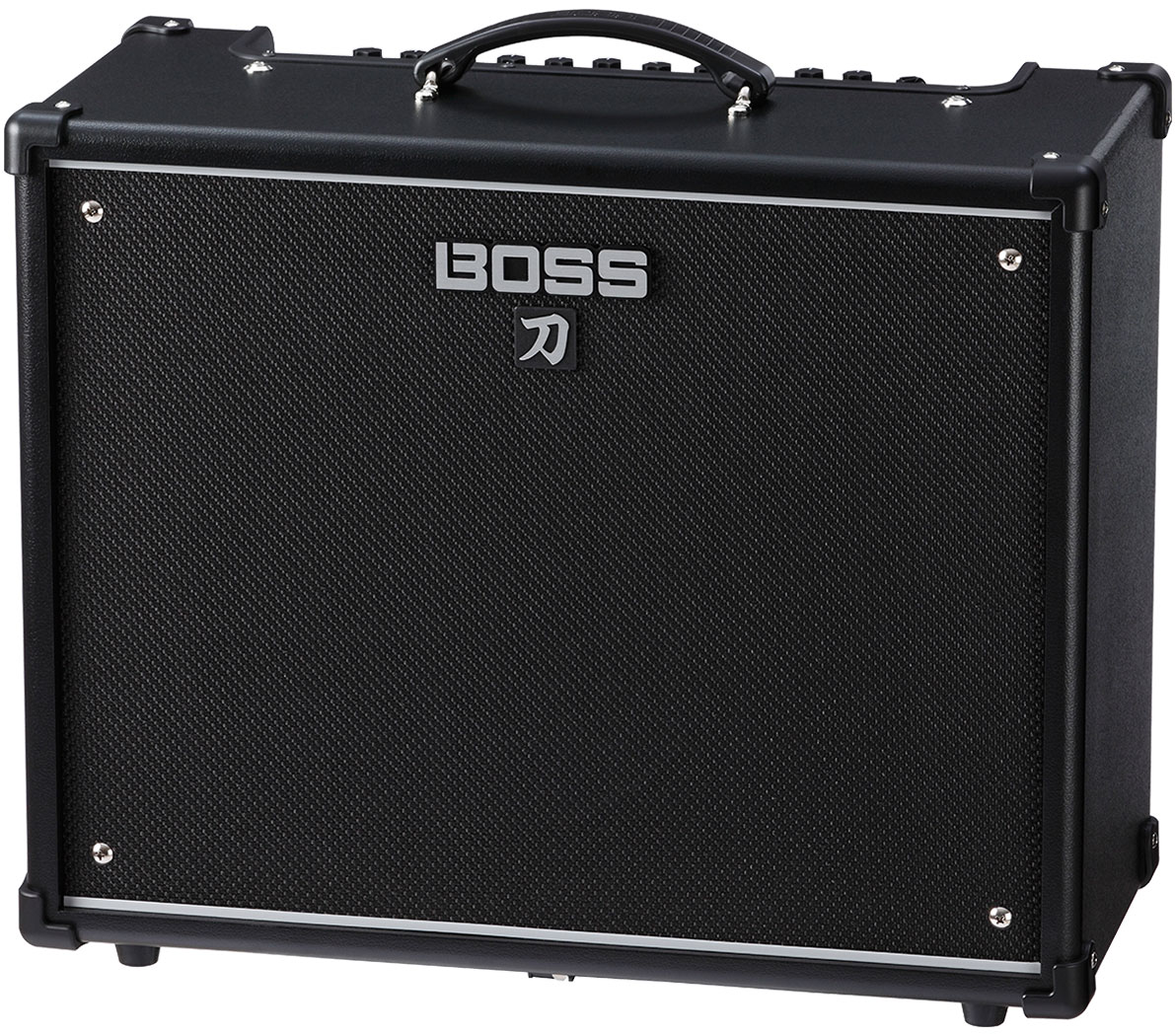 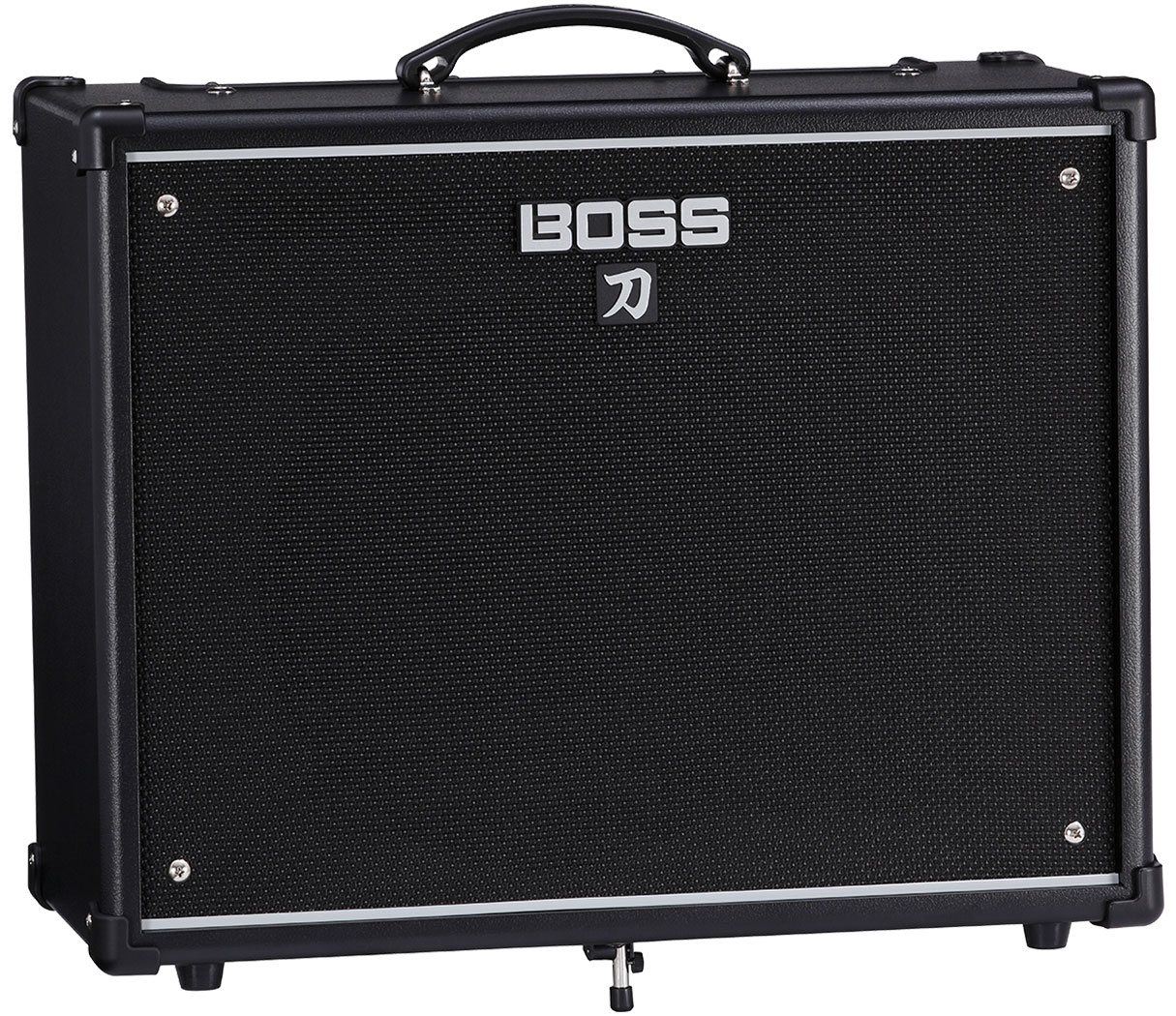 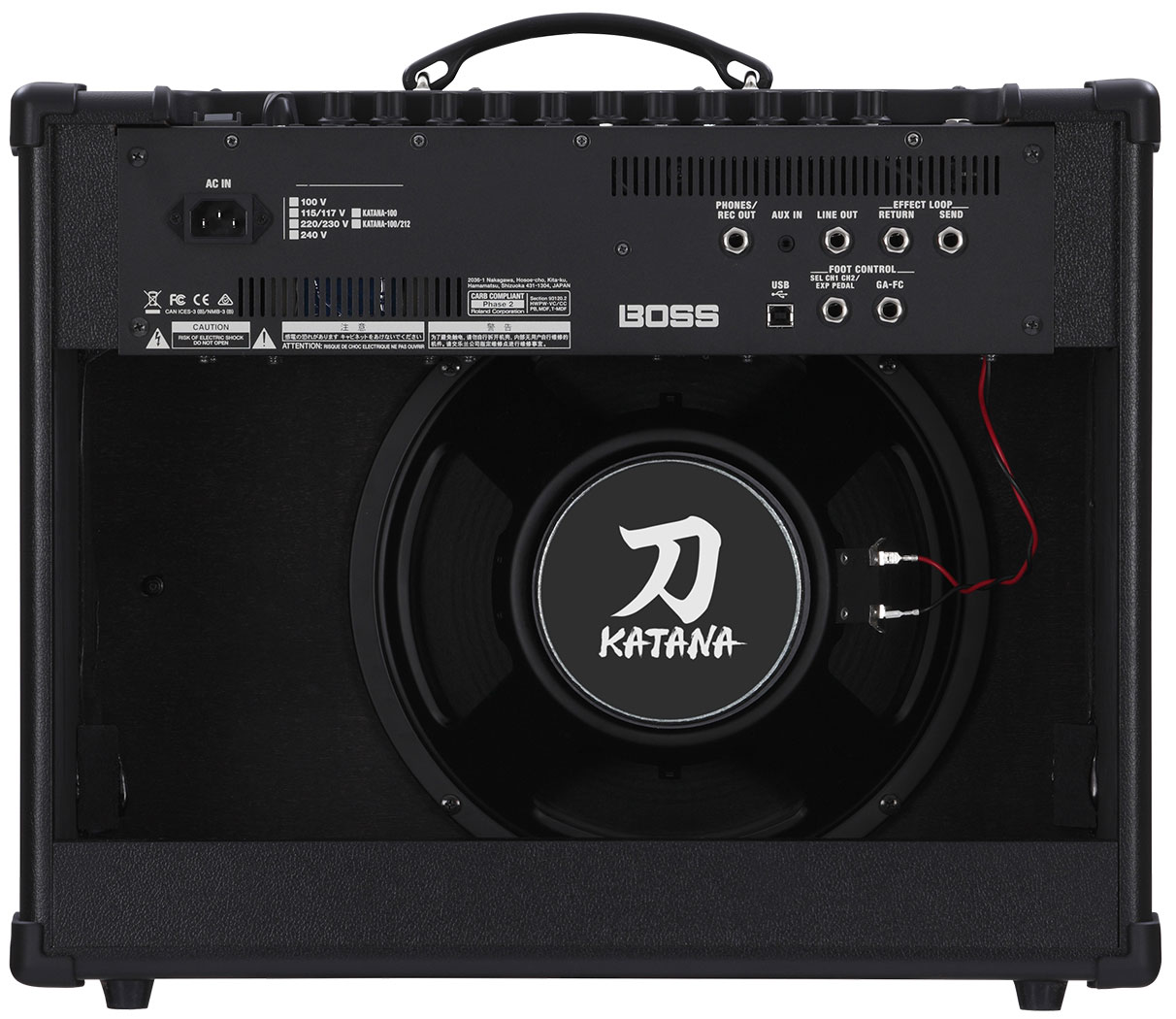 *All sales are final on new products

With 100 watts of power and a custom 12-inch speaker, the Katana-100 delivers a commanding range of gig-worthy tones that gracefully slice through any band scenario. The amp also excels for home playing, with a uniquely efficient design and innovative Power Control that provides inspiring sound and response at low volumes. In addition, the Katana-100 includes integrated access to a huge range of BOSS effects, which are customizable using the free BOSS Tone Studio editor software. And with the amp’s powerful Tone Setting memories, you can store your favorite amp channel setups and effects combinations for instant recall.

Katana Version 3 is a free, user-installable update for all Katana owners, and is available in the Downloads section starting in December 2018.

About the Katana Amp Series

A Refined Amp with Inspiring Tone

Designed for guitarists who are serious about their sound, the Katana-100 offers exceptional tone and touch response for stage playing, recording, and simply practicing at home. A standout characteristic of every Katana amp is the dynamic interaction between its output section and the speaker, which provides the ultra-responsive musical experience that players crave. Going further, an expressive Cabinet Resonance function derived from the flagship Waza amps (accessible via BOSS Tone Studio) allows you to customize this interaction for your touch with three resonance types. Delivering class-defying power, authoritative punch, and cutting presence that stands shoulder-to-shoulder with high-end amp designs, the Katana-100 is ready to meet the needs of any playing situation.

Leave Your Pedalboard at Home

With its built-in BOSS effects, the Katana-100 lets you perform anywhere with just a guitar and amp. Connecting to BOSS Tone Studio via USB provides access to 61 fully-customizable effects, and you can load your favorites into the amp’s various effects sections. Going beyond standard distortion, delay, and reverb, the selection includes effects types like pitch shifting, ring mod, slicer, and many more. Channel and global parametric EQs are available as well for powerful overall tone shaping.

Newly added with Version 3 are the Roland DC-30 Analog Chorus-Echo, BOSS GE-10 Graphic Equalizer, and 95E pedal wah effects types. These classics work great with any Katana amp character, but really dish up some special tonal magic when used in combination with the Brown character’s harmonically rich voice. The update also provides the ability to assign favorite parameters to the front-panel effects knobs, giving you greater flexibility for shaping your own unique effects tones on the fly. Additionally, you’re now able to control specific effects parameters from up to three expression pedals (connected via the rear panel and GA-FC foot controller), unlocking a new range of real-time command while performing.

One of the Katana-100’s most powerful features is the ability to store favorite amp channel and effects setups in Tone Setting memories for instant recall. After you’ve dialed in a sound with the panel controls, simply save it to the desired memory with a quick button hold. Eight Tone Settings (two banks of four) are available, and you can easily select them from the panel. It’s also possible to use an optional external footswitch for hands-free control on the gig.

While the Katana-100 includes many advanced features, it’s amazingly simple to operate. Familiar controls for gain, presence, and the three-band tone stack let you dial in sounds quickly, while essential effects parameters are adjusted with a simple knob twist. And with the convenient Power Control, you’re able to roll back the overall volume while retaining the expressive tone and feel of a cranked-up amp.

At the BOSS Tone Central website, you’ll find numerous free amp and effects setups for the Katana series. Created by pro guitarists, these setups provide ready-to-play sounds for various music styles, and also make great starting points for building your own sounds. They load into the memories in a Katana amp via the BOSS Tone Studio editor software, which is also available at the site. In addition to Katana effects selection and customization, BOSS Tone Studio gives you a convenient way to organize all your Katana setups for different gigs, recordings, and practice sessions.