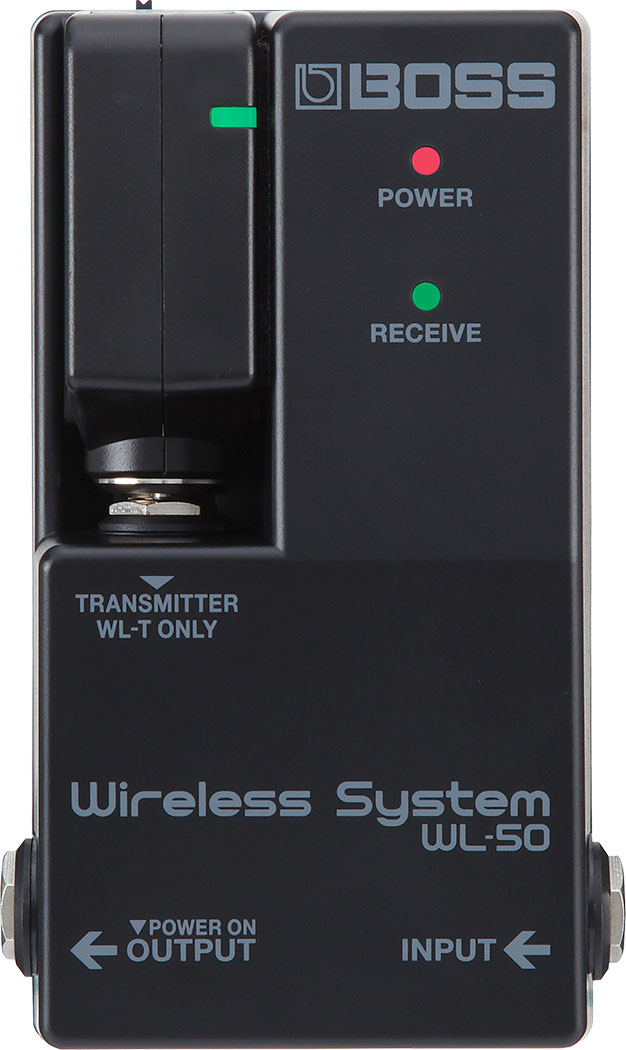 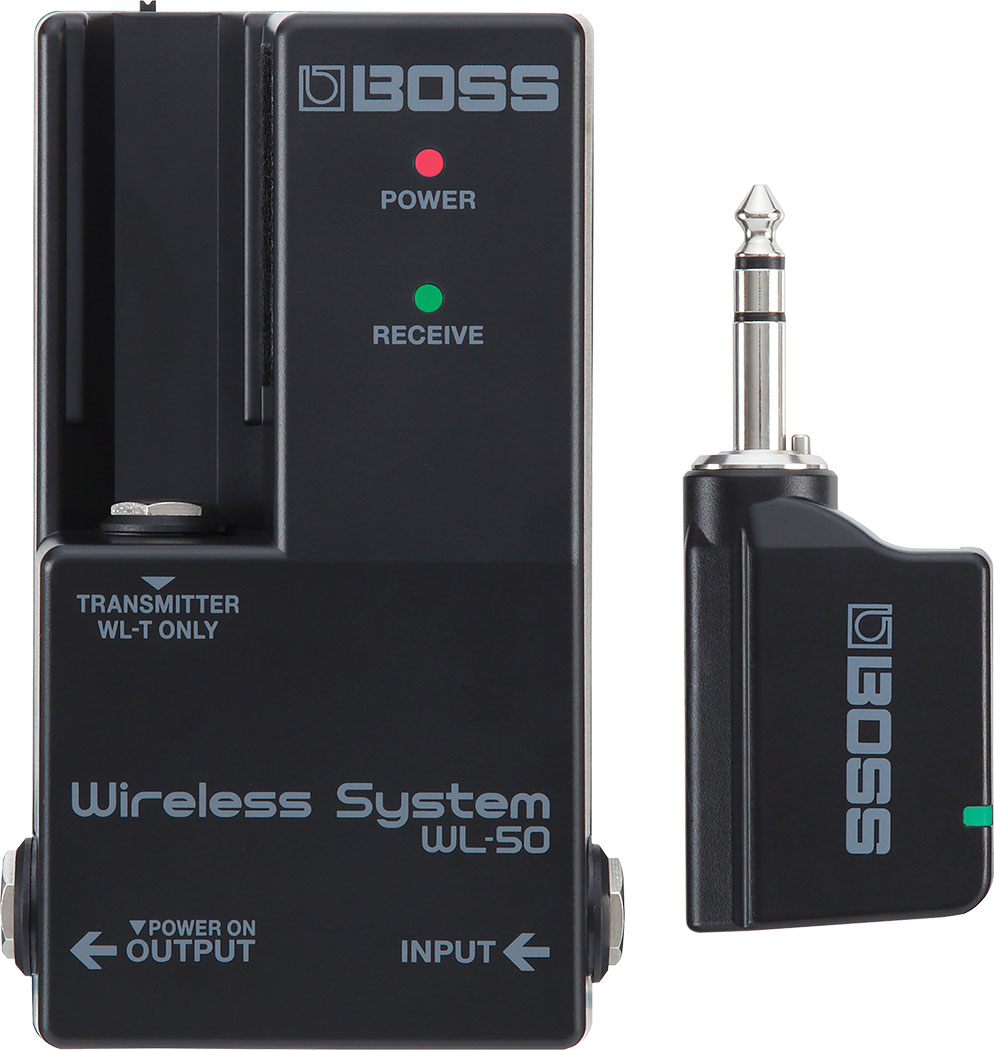 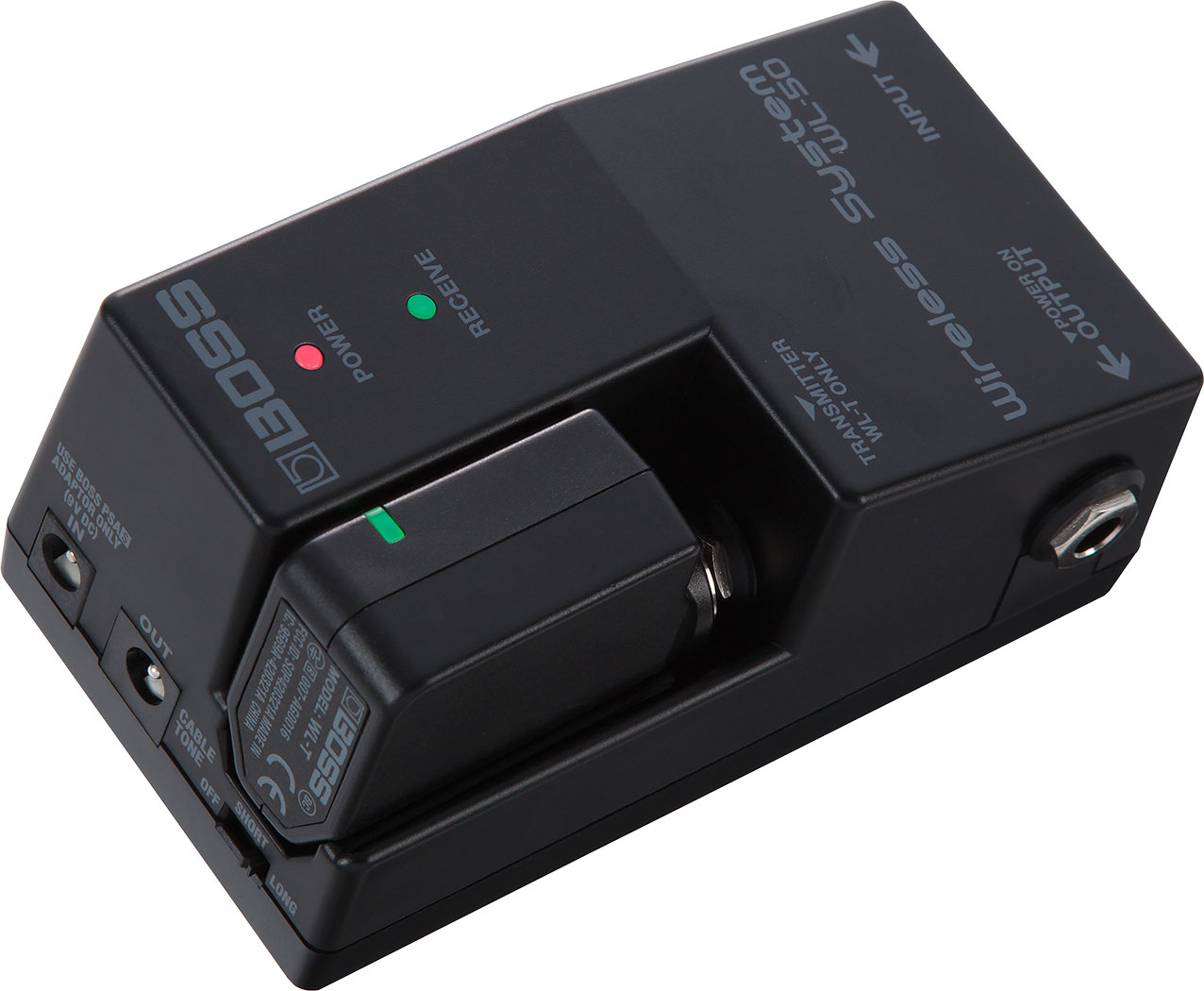 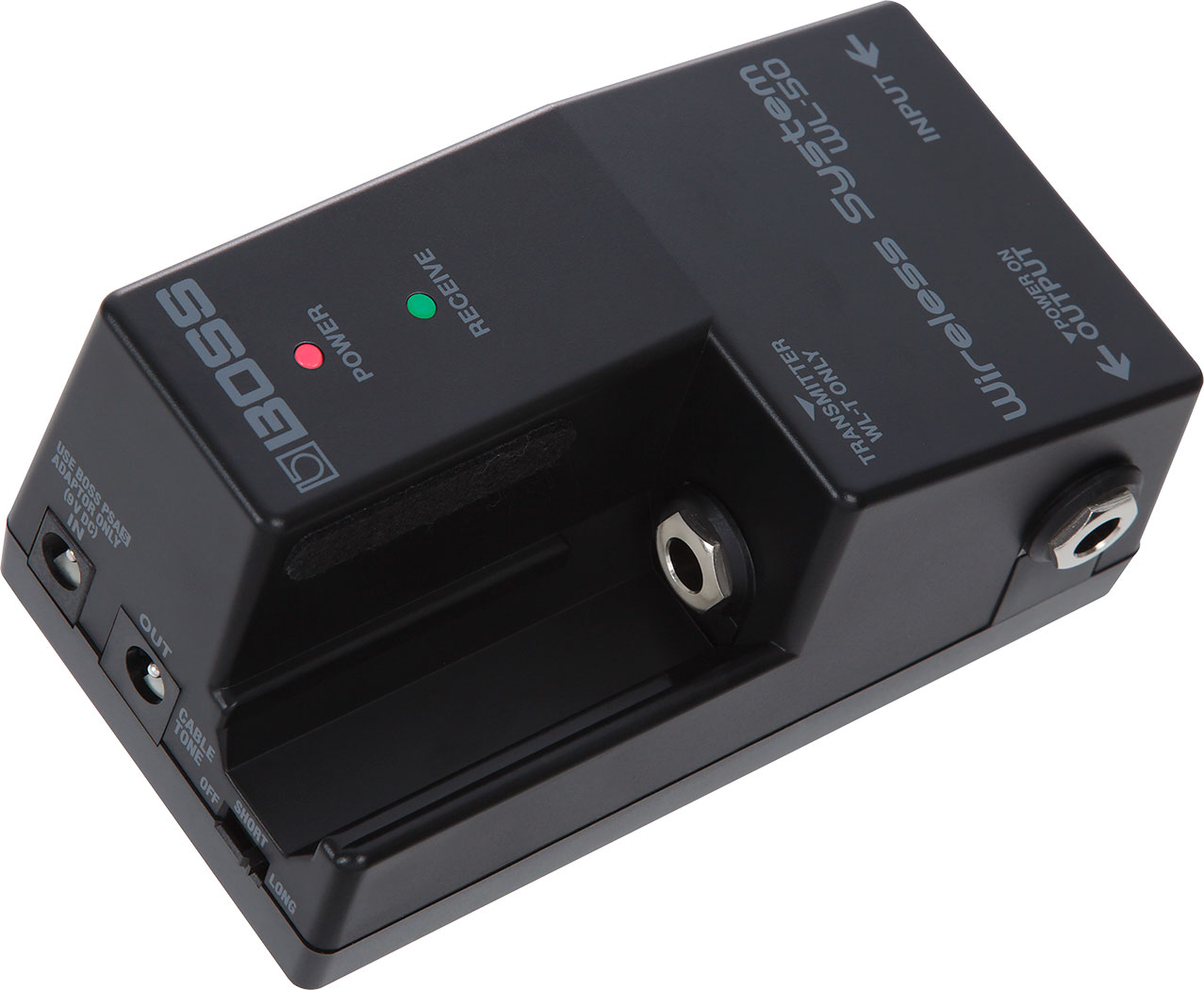 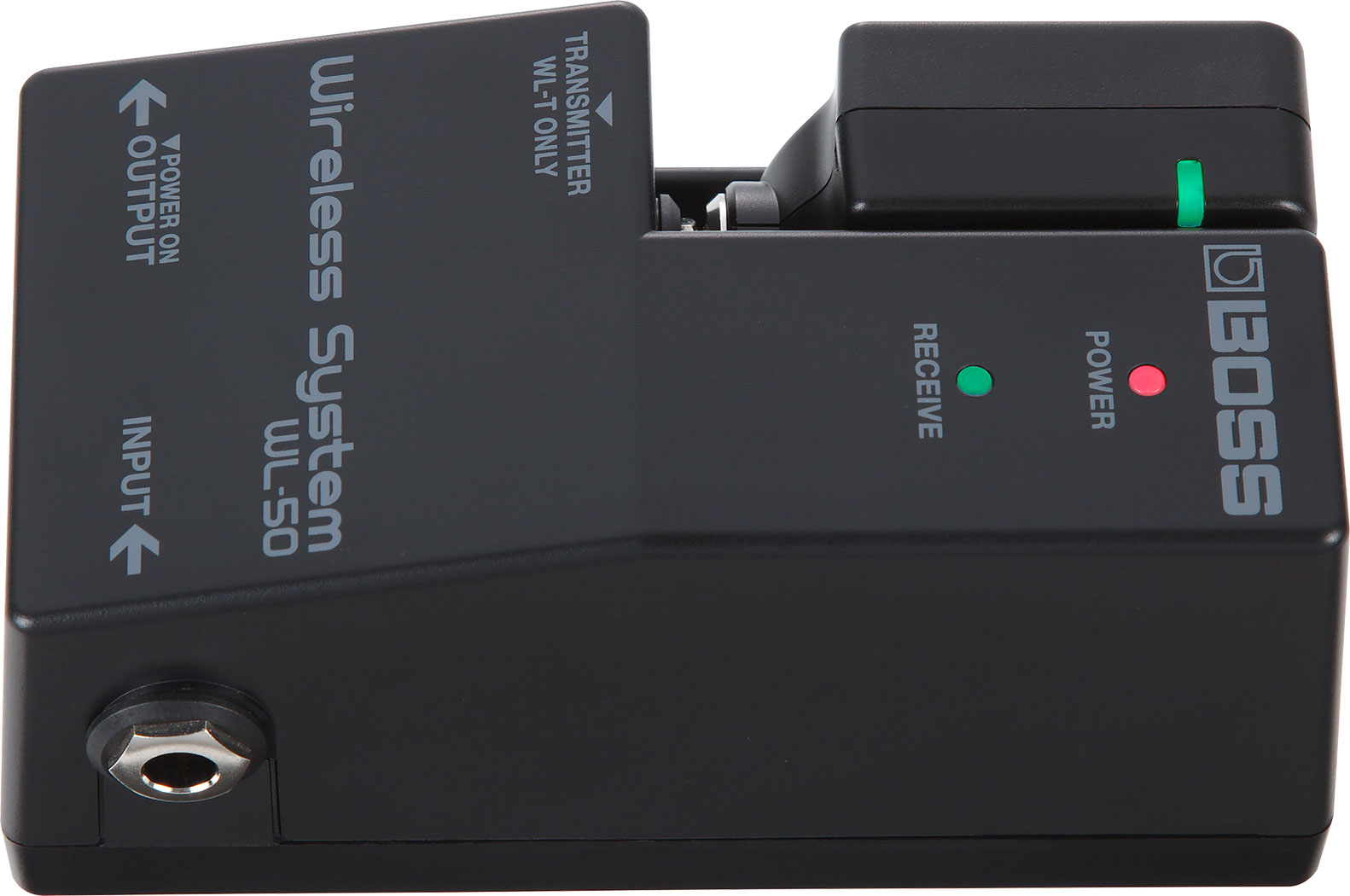 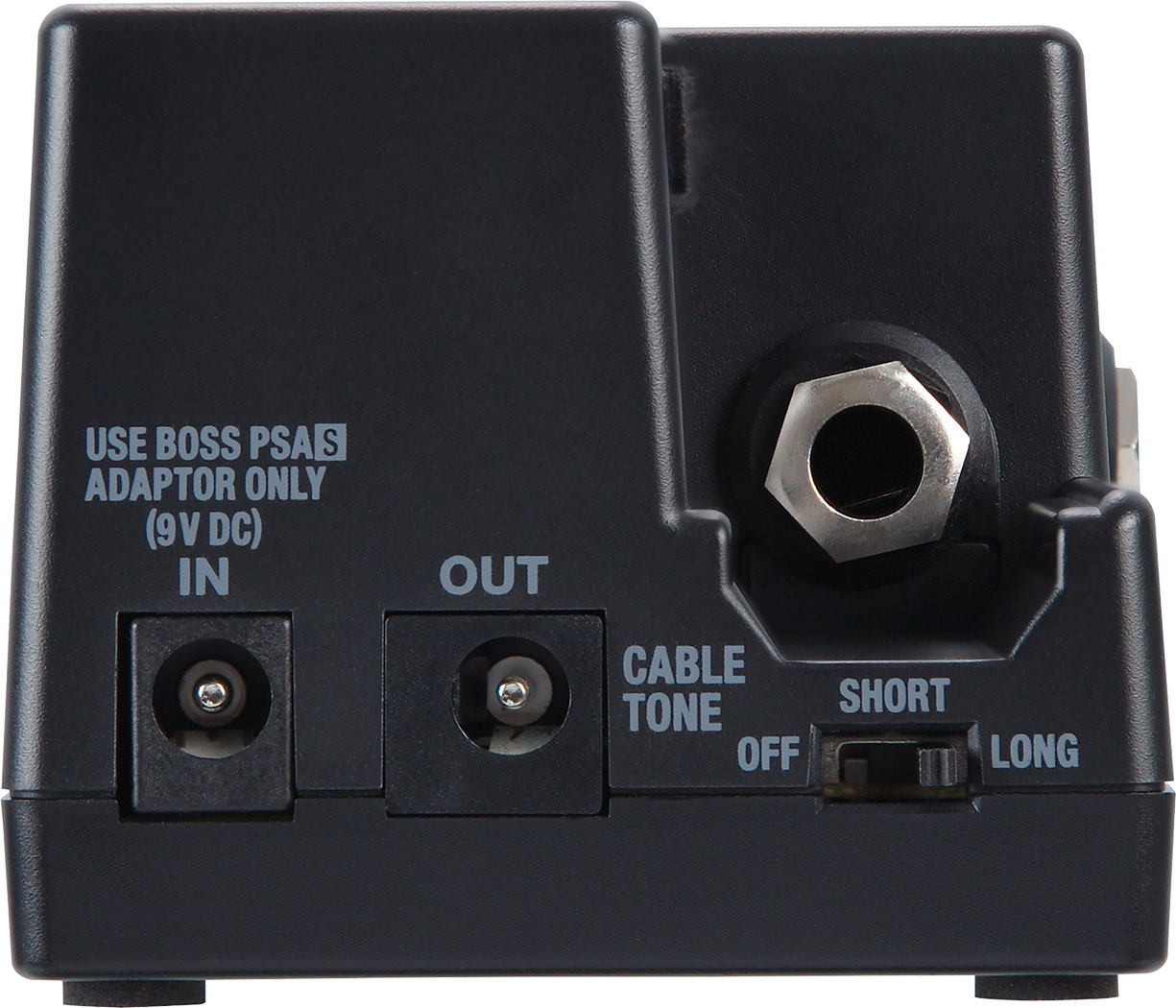 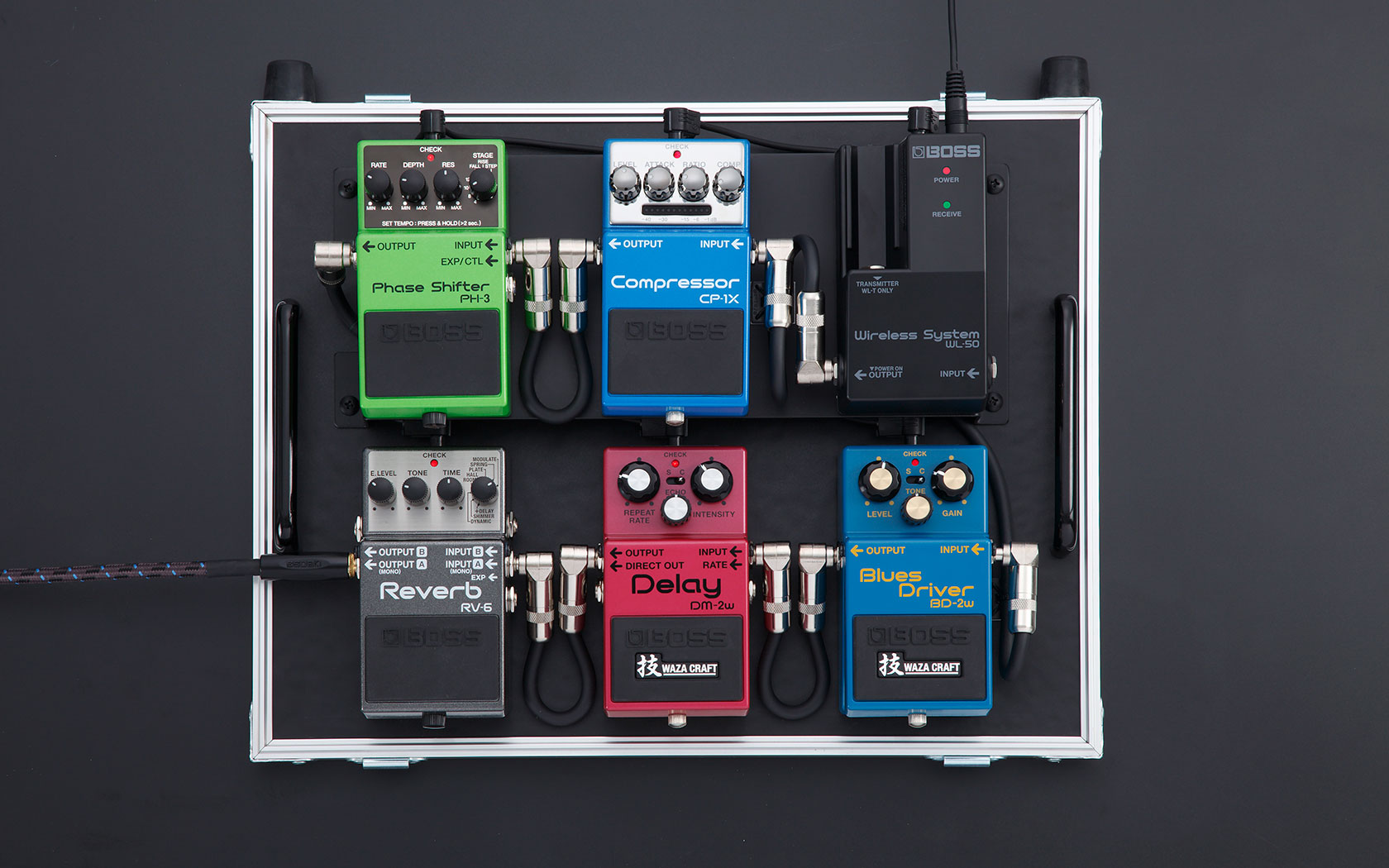 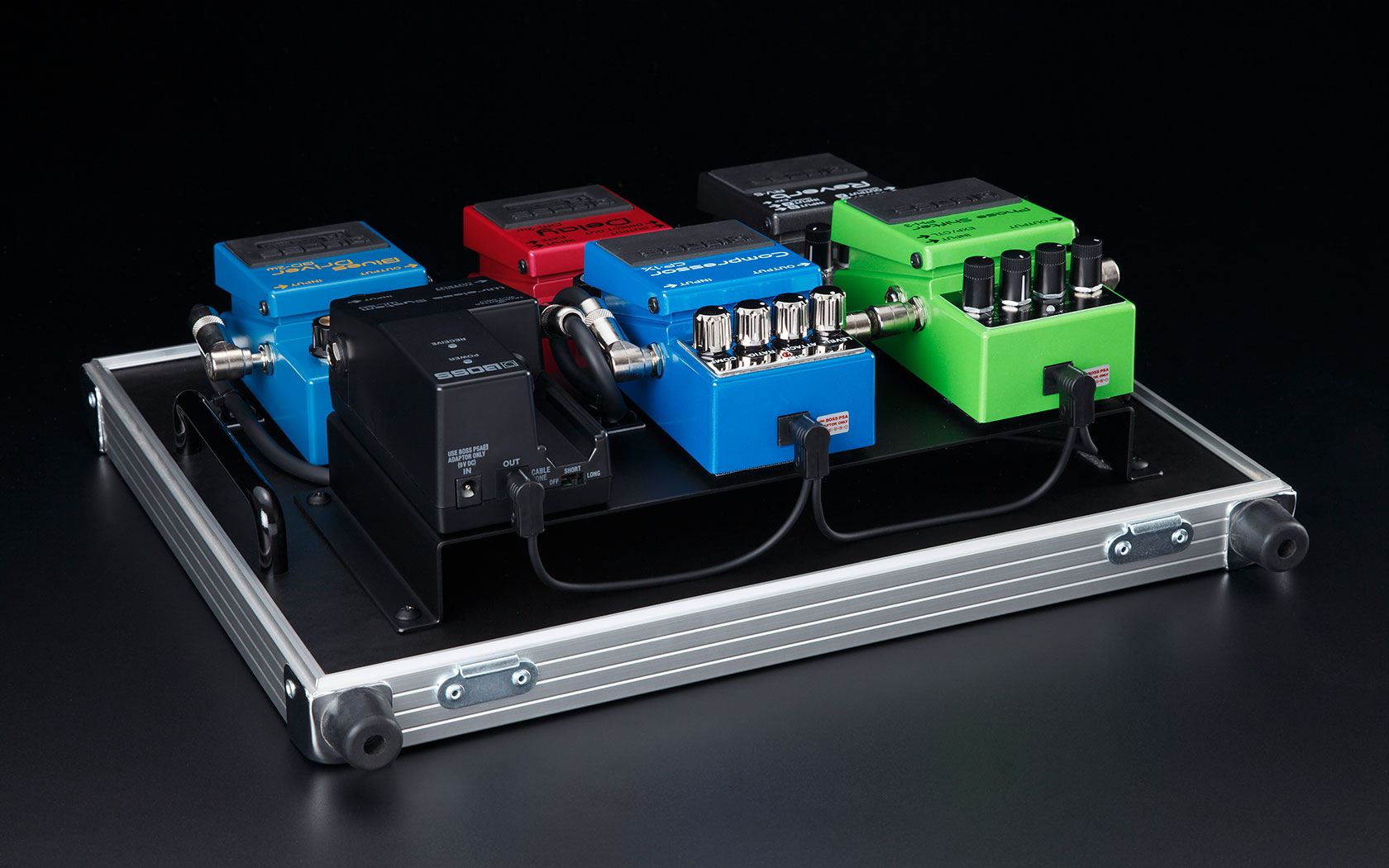 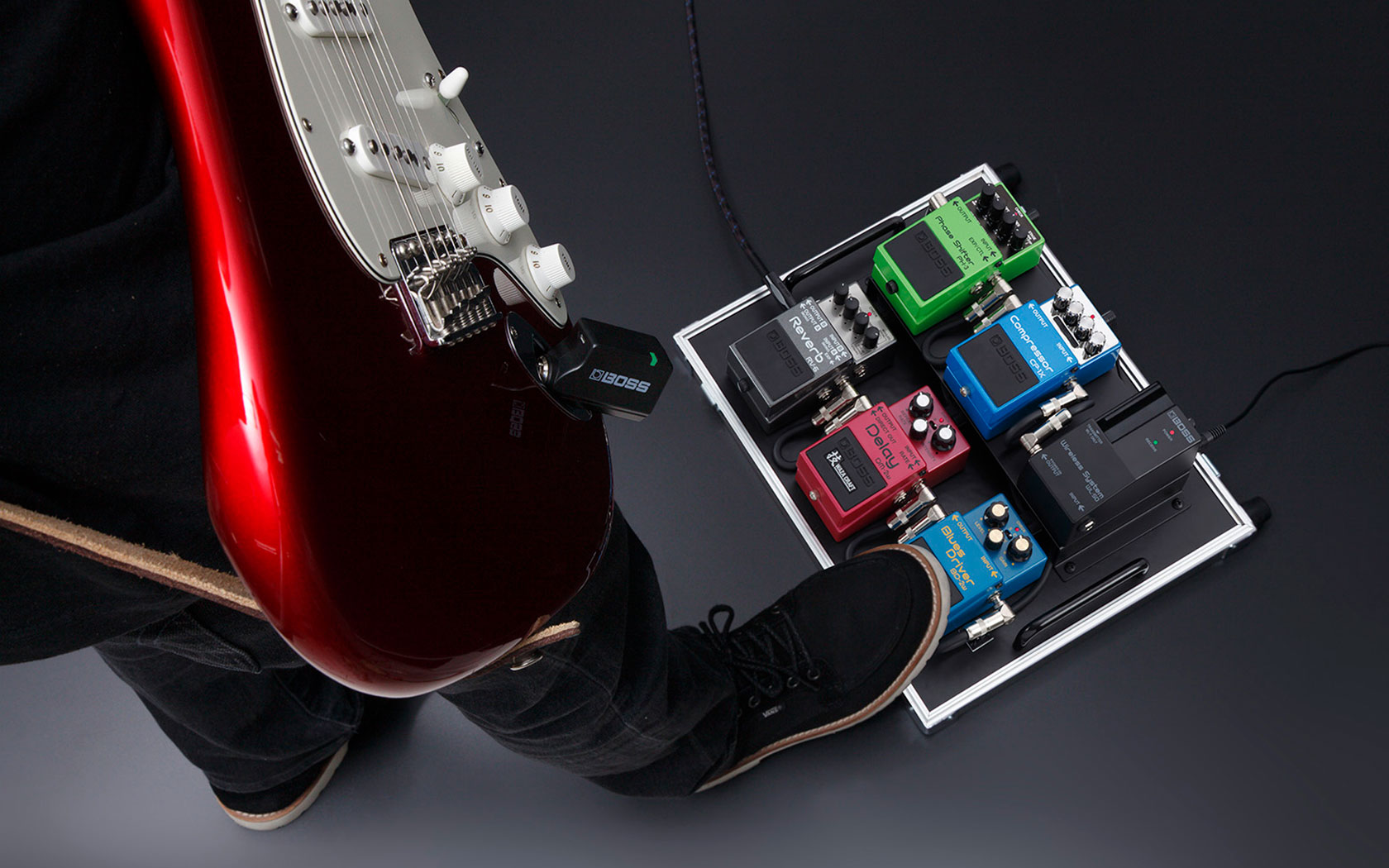 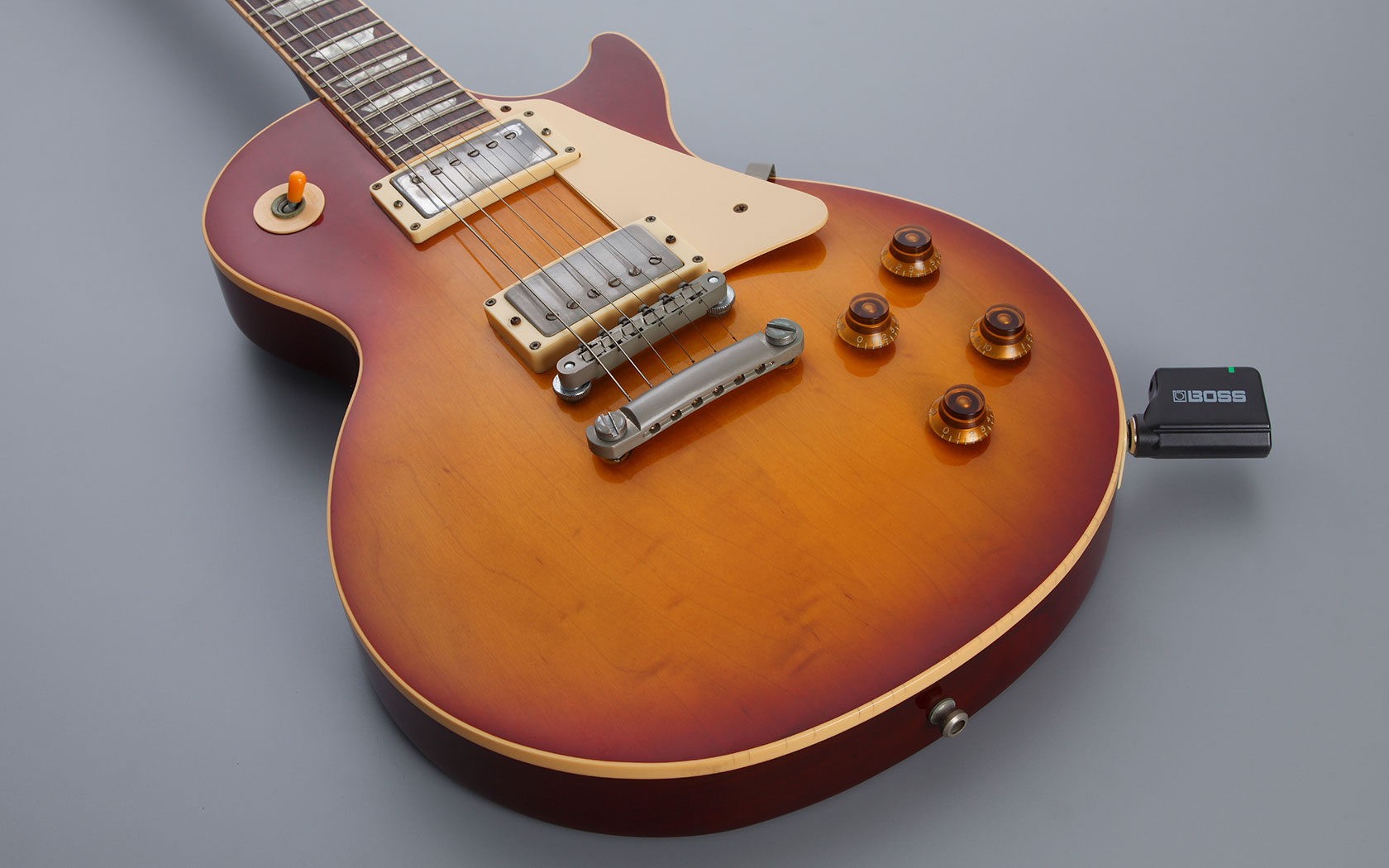 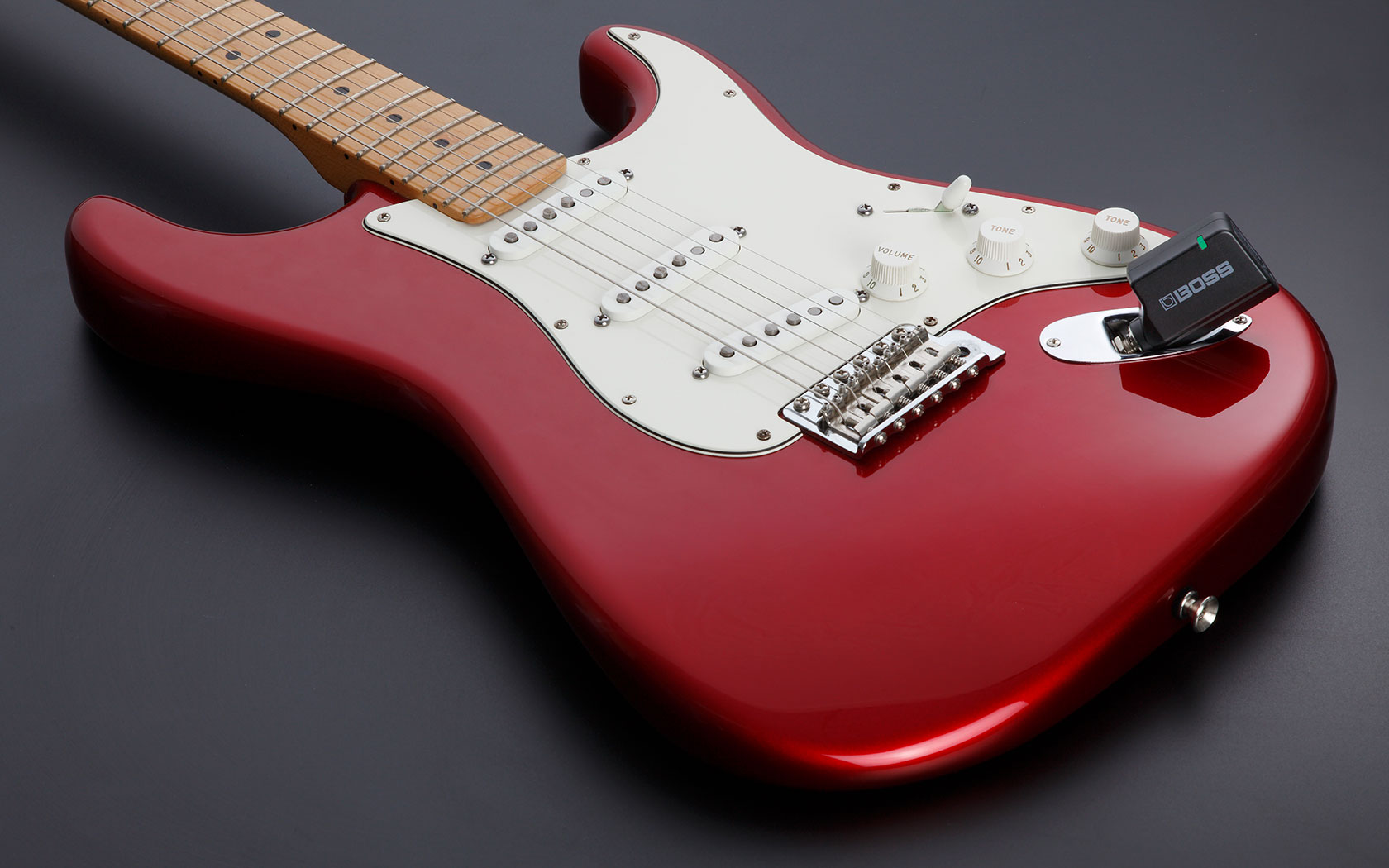 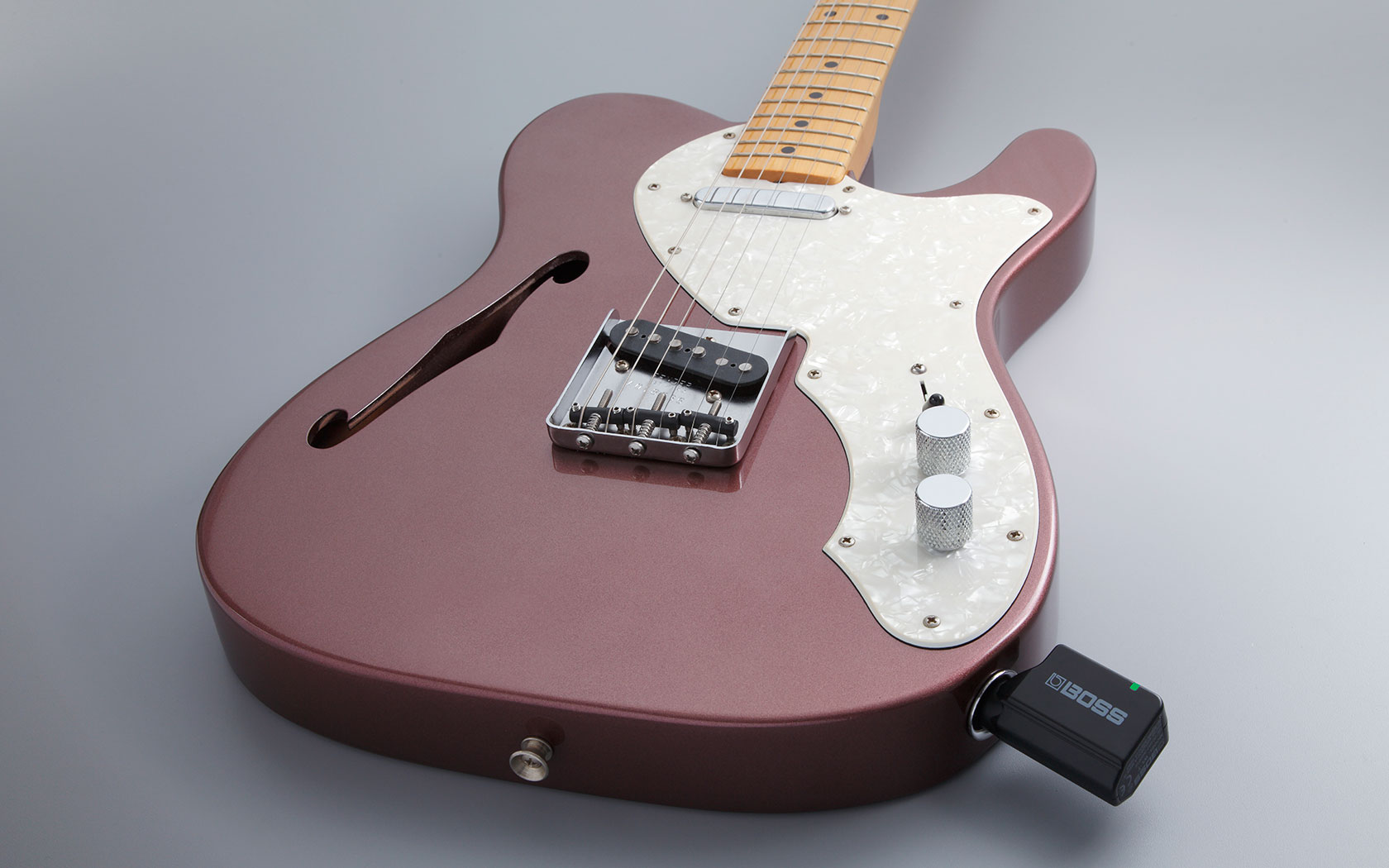 * The transmission range may vary due to local conditions.

With the WL-50, it’s never been easier to bring wireless freedom to your pedalboard. Driven by new BOSS technology, the WL-50 delivers premium sound and a plug-and-play experience that eliminates all the hassles normally associated with wireless systems. The stompbox-sized receiver fits right alongside your other pedals, and includes a docking port for charging the transmitter and automatically setting the best wireless connection. There’s even a handy DC output, allowing you to distribute power to multiple pedals on your board.

Once you experience the wireless independence provided by the WL-50, you’ll never go back to using a standard cable again! Setup is quick and simple, and you’re able to move about freely while playing at home, jamming with friends, and performing on stage. During sound check at a gig, you can listen to your tone out front and dial in the best sound for your audience. And with the ability to roam and interact with other musicians, your live shows will be more dynamic and entertaining than ever.

Equipped with high-performance BOSS wireless technology that debuted in the Katana-Air wireless guitar amp, the WL-50 delivers exceptional sound quality with wide dynamic range. Working in the 2.4 GHz frequency band, the system automatically accesses the optimum channel to ensure rock-solid audio performance with absolutely no drop-outs. And with ultra-low latency of just 2.3 ms, you’ll always enjoy great playing feel with no lag whatsoever. Up to 14 BOSS wireless systems can be used simultaneously in one space, allowing multiple musicians to enjoy wireless freedom at the same time.*

Just Another Pedal on Your Board

The WL-50 has a slightly smaller footprint than a standard BOSS compact pedal and can be powered just like your other stomps, making it an easy addition to any pedalboard setup. Simply place it at the beginning of your chain and connect the receiver’s output to the first pedal. The receiver is also equipped with a regular ¼-inch input jack, so you can always use a traditional guitar cable in a pinch.

The WL-50 features a built-in dock that’s used to charge the transmitter and establish the wireless connection. The system’s streamlined profile is maintained even when the transmitter is docked, with a total height that’s about the same as a normal BOSS stomp.

Plug In and Rock

Once you’ve installed the WL-50 on your board and charged the transmitter, it’s literally as simple to use as a standard guitar cable. Just dock the transmitter in the receiver, wait about 10 seconds, and then plug the transmitter into your instrument. That’s it! The optimum wireless connection is set automatically during docking, with no other user operation required.

When the receiver is powered via a BOSS PSA-S adaptor, it becomes a power distribution center for other stomps on your board. By using an optional PCS-20A daisy-chain cable, you’re able to power a number of BOSS compact pedals at the same time.

At street gigs and other mobile performance situations, running your pedals on battery power is often the best choice. The WL-50 receiver can run for up to ten hours on two AA batteries, allowing you to take your wireless setup with you! While running on battery power, the receiver is unable to charge the transmitter. But don’t worry—you can still charge it using a common USB adaptor (5 V/500 mA or higher), the same type used with most smartphones and tablets.